A December 9, 1941 editorial in The Oregonian newspaper claims to have been the first to use the catchphrase, "Remember Pearl Harbor!" In the months that followed the surprise attack, all manner of retail items were emblazoned with the phrase, and sold to Americans wanting revenge for what happened to her sailors, soldiers, and ordinary citizens that sunny Sunday morning on December 7.

Disney artist Hank Porter created all of the art found on the six Aircraft Warning Service posters in this thread. Five of the images come our way courtesy the Porter family, while the sixth is from The Walt Disney Archives.

One of the posters in the series features a caricature of a stereotyped Japanese soldier. This type of illustration is rare from the Disney Studio. While other Hollywood cartoon studios often portrayed enemy stereotypes in their cartoons, Disney rarely did. And for the amount of war-related combat insignia and home front items produced using Disney-created art, the number of "enemy" stereotypes depicted is an exceptionally small number.

As a side-note, I've been interviewing WW II veterans about their time in the military for many years now. In 2006 I interviewed a Pearl Harbor survivor named Donald Stratton. Donald not only witnessed the Japanese attack firsthand, he lived it - Donald was aboard USS Arizona the morning of December 7. My interview with Donald is one of the most emotional interviews I have ever conducted with a WW II veteran. Donald's recollections of that fateful day can be read here. 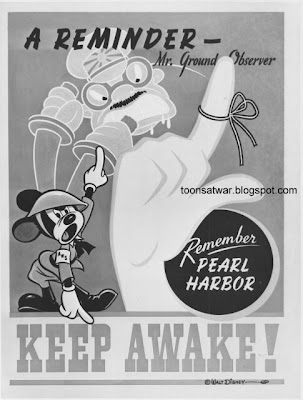 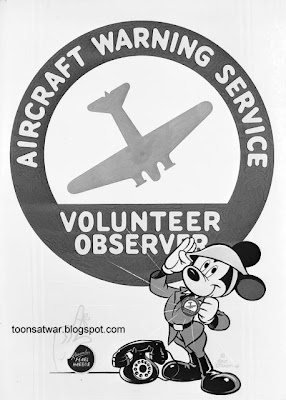 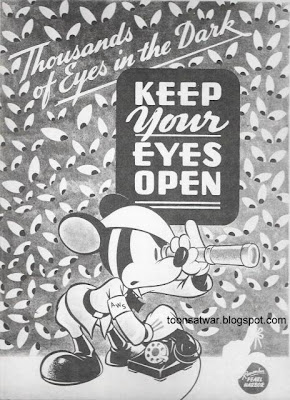 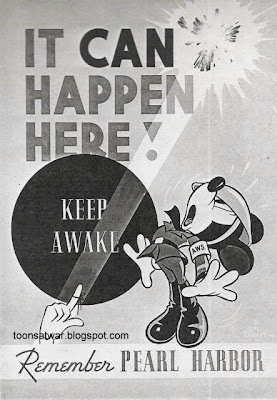 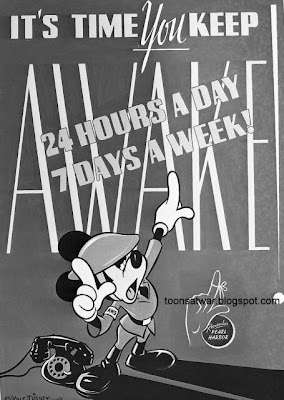 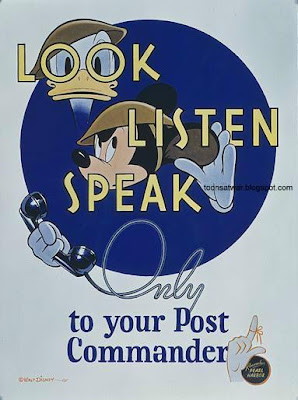 This is a great post for Pearl Harbor Day. Thank you for sharing the things in your Disney collection that we might not otherwise get to see.

Beautiful collection. I've always been interested in Disney's campaigns for WW II and your site is the best thing about it I've found on the internet so far.